Virtualizing a physical computer is not something new, it has been done for years, but in the world of web hosting the virtualization of a server is generating a lot of new possibilities.

Many clients purchase web hosting for their projects without having to spend significant money to purchase a dedicated server for themselves.

This is when we can see the differences that we can find in a virtual dedicated server and a virtual shared server. Know more about Servers at VPS Server Host.

We want to make a short introduction that clarifies, from the very beginning.

Dedicated Server counterparty of the share and, for this reason, offered at generally sustained prices. The customer who turns to a Provider for a dedicated server will be able to work on a space that is completely his own, equipped with memory, bandwidth, security barriers and computing skills exclusively reserved for him.

But not only this, it will also be able to count on total supplier management, which will guarantee continuous flows even in the event of impromptu downtimes, constant updates and care, in a broad sense, of the machines arranged in single blocks (data center) which act as servers. This excludes the user from any systemic responsibility and competence.

While a Shared Server, It is a physical structure, clearly provided by the Provider with which we want to be hosted, in which other users who have requested the same class of service rely.

It is understood that a choice of this kind, certainly, will flow into a low expense but, on the other hand, it must be considered a probable saturation of the server by too many active users , as a fatal cause of an inability to use the resources offered: this means that, paradoxically, the use of the bandwidth and memory of the server on which we are hosted could be denied.

The general exploitation of resources by all supported users plays an important role here. If the Provider is not equipped with efficient systems, an anomaly produced by one can compromise the stability and safety of the others. 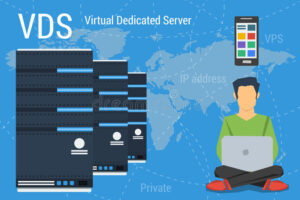 When we talk about Virtualizing in hosting, it is about creating independent partitions within the same machine that share the total resources of the server.

Many users know that they can install different operating systems on the same computer that they have in their home or office, but in that case we would be talking about partitioning the disk and installing an operating system on each partition.

This is not the same as virtualizing, since the partitions cannot work at the same time, you have to restart the system every time you want to use a different OS, while a virtualized system can run different operating systems at the same time and each one of the instances created can be restarted and managed independently, although the physical machine where they are hosted is the same.

The advantages of having a dedicated virtual server can be several and decisive, since a dedicated server without virtualizing cannot offer them.

You have to think that in a dedicated server we have 3, 4, 10 or the virtual machines that we want to work independently.

We can imagine that organizing a backup system for virtual servers is something that does not have to make life too difficult for system administrators.

Even if you have the need to migrate a virtualized system to another virtualized server on another machine, the process is much simpler, more comfortable and secure.

In a dedicated virtual server we can assign the server resources such as RAM memory or disk space in the way we want to each of the VPS created in it.

But not only that, we can change those resources between virtual servers very quickly if we see that one of them is suffering from a lack of resources. And all this without having to restart any of the virtual servers.

Although each of the virtual servers is assigned some resources, if at any time one of them needs more resources, such as RAM, and the rest of them have spare RAM, it can be used temporarily to cover the lack of momentary resources.

The Cost Savings Invested in Servers

It is clear that if you have a dedicated virtual server, with for example four distributed virtual servers, it will be cheaper than acquiring four different machines, now Save Money with Cheap VPS Hosting Services.

By virtualizing the dedicated server, you can create the necessary virtual servers to take advantage of all the server hardware.

In a dedicated server without virtualizing, the surplus resources of the same will not be used, so the annual invoice for server expenses may be increased.

By having a dedicated virtual server, the system administrator is able to create a virtual server for internal testing in a really short space of time.

For example, an app is created for a smartphone in which it is necessary to offer audiovisual content, a virtual system can be created to test said app, correct the errors and when it is tested, pass it to the production server and eliminate the virtual server that has been created for the occasion. This is comfort!

A shared virtual server has a virtual system on a machine to which it has resources assigned that it can use at will.

In that same machine there are other virtual servers that share the physical space, but totally independent.

They are so independent that each virtual server can install a different operating system and restart at any time without the other virtual servers being affected by it.

These virtual servers are a really attractive option for users who have fallen short of shared hosting or need greater control of their hosting.

Some hosting providers have virtual servers at really competitive prices and with resources configurable by the user himself to adapt to the particular needs of each client.

Shared virtual servers do not have to be managed by the user himself.

Some hosting providers can take care of the administration of the servers so that the client forgets to monitor, update and maintain the server in conditions and takes care of working on their projects. 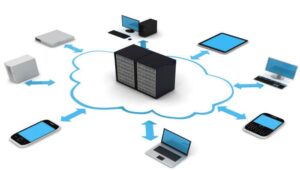 A dedicated virtual server offers the customer much greater flexibility. Normally the type of client that acquires a dedicated server and virtualizes it, has knowledge of systems administration, so they can do and undo whatever they want of it.

Although it will not have the advantages of having a dedicated and virtualized server to do what you want with it, many clients do not need this and a VPS that gives them the independence and power necessary for their projects.