Telecommunication companies are continuously working on developing new technologies for increasing the demand for mobile data from users. 5G technology is the next generation of mobile communication technologies. The 5G mobile communication provides a higher-level performance than the previous generation technologies. 5G is the fifth generation of cellular or mobile networks, which is not just the next generation, but the evolution of 1G, 2G, 3G & 4G LTE (Long-term Evolution). It is developed for increased speed, Connectivity, reduces latency, and increases the flexibility of wireless devices. The Peak speed of 4G is 1 Gbps, whereas 5G is 20 Gbps, which is more than 4G technology. 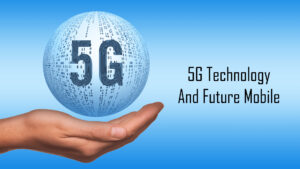 3G: Third Generation of mobile network or 3G introduced in the 2000s. The 3G is consist of high speed and Internet protocol (IP) based services. It includes wireless web base access, multimedia services, email, and video conferencing.

4G: Fourth generation of mobile networks or 4G is introduced in the 2010s. The 4G offers high speed for downloading and uploading which is a high data rate than the previous generation. 4G is also known as LTE (Long term evolution) and 4G is their high demanding requirements in terms of QoS, such as wireless broadband access, Multimedia Messaging Service (MMS), and Digital Video Broadcasting (DVB).

5G: The fifth generation of mobile networks or 5G is introduced in the 2020s. The 5G is an advanced version of 4G which includes high increased bit rates, high spectral efficiency, High capacity to allow more devices connectivity, low battery consumption, etc. The term world-wide wireless web or wwww is being considered for 5G.

5G technology has 2 main components first is the radio access network and the core network. 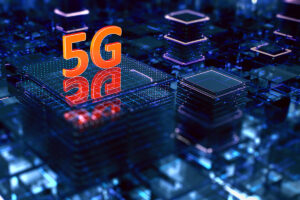 Three different types of frequency are low, middle, and high. 5G can run on any frequency. Low band 5G: It operates in frequencies below 2GHz. These are used in the oldest cellular and TV frequencies. Middle band 5G: The rang is between 2-10GHz. High-band 5G: It rang is in between 20-100GHz.

Due to this 5G technology increases the business performance as well as the instantaneous connectivity of billions of devices. Broadly speaking, 5G is used across three main categories of connected services, such as massive IoT, Enhanced mobile broadband, and Mission-critical communications

Massive IoT: Machine to machine communication that is the Internet of things (IoT), which involves the billions of devices communicate with each other without any human interference.